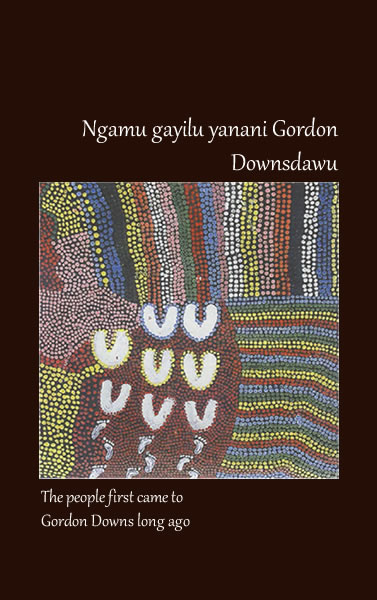 In the Dreamtime two sisters, Mundurr and Gingarrayi came down from the hills to Gulyawurrdjaru. In their coolamons they carried seeds. They also carried their firesticks with them. These two sisters were Nungurrayi.

There was no water at Gulyawurrdjaru - nothing, only a big rock. The sisters ground their seeds into flour and made johnny cakes. They decided to cook them. Before this, Aboriginal people had never cooked their johnny cakes. They made a fire with their fire sticks and put the johnny cakes on to cook.

All of a sudden, the johnny cakes burst into flames. There was a noise like dynamite exploding and there was light all around. The sisters were frightened and hung on to each other. They were burned to death and turned into two trees. The fire spread. It went under the ground. It was a special Dreamtime fire. It burst through the ground again in several places. Every place where the fire came up there is a water soak”, (Birlirr Ngawiyiwu Catholic School; n.d.)

Ringer Soak and the Sisters of St Joseph

Pictorial history of Ringer Soak and the Sisters of St Joseph

In May 1985 Sisters Anne Boland and Clare Ahern arrived in Ringer Soak to conduct a feasibility study re the setting up of a Catholic School.

The Kundat Djaru people, evicted from Gordon Downs Station in January 1981, set up a community at Ringer Soak and in 1983 asked Father W. Kriener and Bishop J Jobst for two sisters to teach their children, and for education in the Catholic faith for themselves.

In June 2001 the Josephite Sisters left the Kundat Djaru community and the school came under the direction of the Catholic Education Office of WA. Though the sisters officially left the school, there has been a continuing contact with the Kundat Djaru people through ongoing visits and retreats at Mirrilingki.

From the very beginning the people of the community were involved with the school in the education of their children. Under the guidance and leadership of the Sisters those adults were the role models, the teachers, the translators and the disciplinarians. Over the years many women have continued to be Teaching Assistants and workers at the school. They will often come in and share stories, help with Culture Days and offer their expertise across all areas. Birlirr Ngawiyiwu Catholic School has truly been a community school in name and in action. 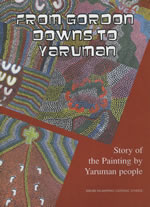 We continue this tradition by actively incorporating the Jaru language across the curriculum, inviting community members to share Dreamtime Stories , past experiences, art and bush cooking culture activities. We work together to celebrate liturgical events, Pentecost ,in particular, is a very significant celebration in Yaruman/Ringer Soak.